I'm a writer and editor based in Edmonton, Alberta. I write a range of content for local publications, covering general interest, local business, literature and the arts, language, and travel. I also write and edit fiction. 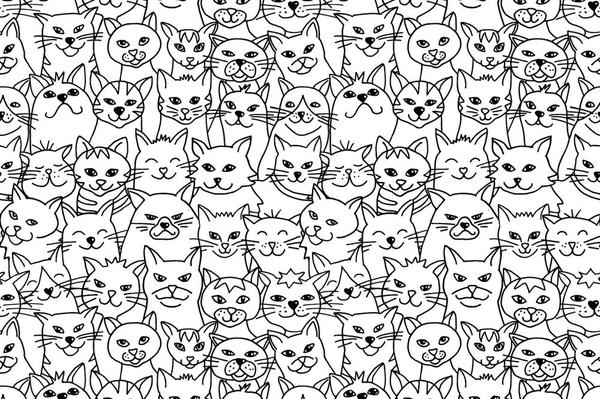 There are Thousands of Feral Cats in Edmonton

Edmonton is home to an estimated 63,000 feral cats, which survive in the city’s liminal edges, where weather, predation, disease and malnourishment are constant realities. The kittens were found under a doghouse in Mill Woods during a brutal December cold snap. Five had already frozen, and the other three weren’t far behind. “If we had gotten there one day later, I think they probably all would’ve been dead,” says Christine Koltun of Furget Me Not, the rescue she started out of her home in Marc 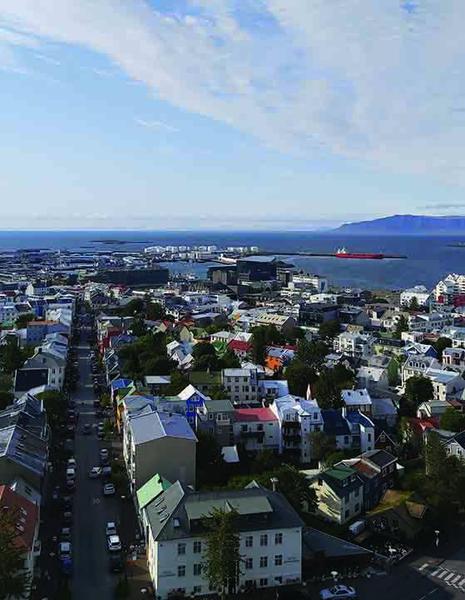 In the Spotlight Visit Iceland: A brief guide to the land of fire and ice Full of stark, otherworldly landscapes and blessed with a rich cultural heritage, Iceland has long gripped the imaginations of intrepid travellers. But it’s only been in recent years that this island country has transformed itself from a sleepy backwater, where sheep outnumber humans, into a tourist hotspot. Even more recently, couples hoping to tie the know have started choosing Iceland as a choice destination for exchan 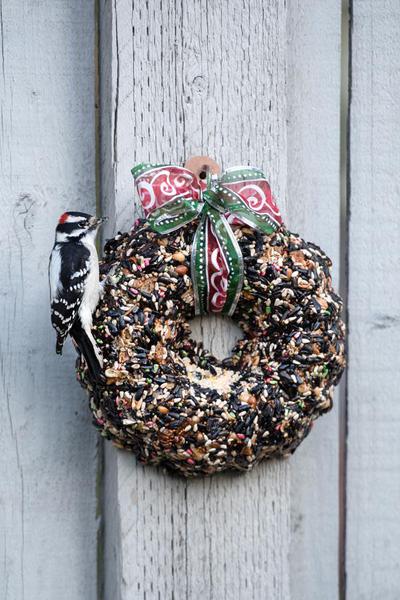 The sight of birds flying south is a familiar one in these parts, a sure sign that short days and shivery weather are just around the corner. Yet there are dozens of avian species that do not leave, and many can be tempted to visit your yard. Attracting those charms of finches, parties of jays, hosts of sparrows and banditries of chickadees is easy and a lot of fun—if nothing else, it’ll bring colour and life to a dreary, snowbound yard, and give you months of bird watching from the warm side of 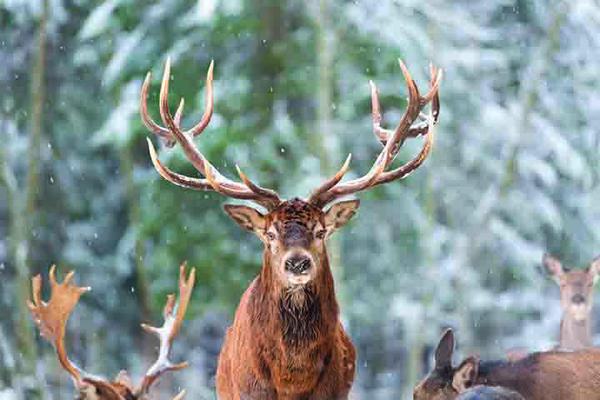 Conversations Urban Wildlife: How local wildlife is reacting to urban sprawl and what to do about it Garnet Melnyk still remembers the food that was left out in a park in St. Albert’s Deer Ridge neighbourhood a few years ago. “There was somebody feeding coyotes, if you can believe that,” says the peace officer supervisor. “They felt sorry for the coyotes.” Good intentions, no doubt, but they ended with wildlife officers tracking down the offending Samaritan and asking them politely to cease and 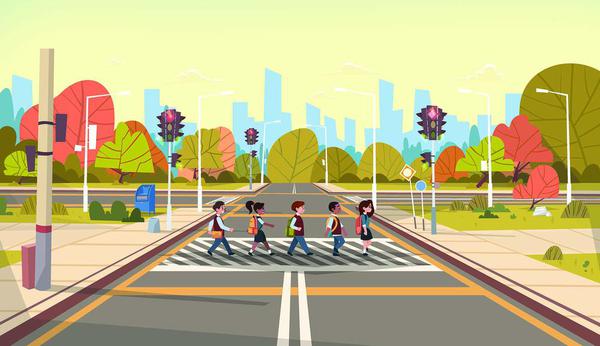 At first, Patricia Bullock was having none of it. “I was pretty sure the world was going to end,” she laughs. Bullock was then entering Grade 11 at her new school in Regina, and she was less than enthused to learn that she’d have to wear a uniform. Consisting of a white blouse, navy dress, and a polyester A-line jumper with a “very ugly” school crest, it was an outfit that emphasized function over fashion. And yet, Bullock warmed up to the uniform pretty quickly—if not its look, then at least th 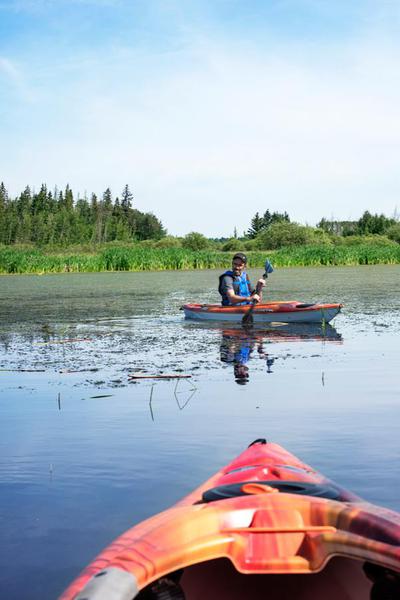 The Sturgeon River has provided many different things throughout St. Albert’s history, among them water, food, transportation, habitat, and recreation. These days, a growing appreciation of the local waterway’s ecological importance and understated beauty is drawing many St. Albertans back to the water. And there are so many ways to enjoy that water now, too, including by kayak. These ancient, low-impact watercraft are not only fun and easy to use, but also provide an entirely new perspective of 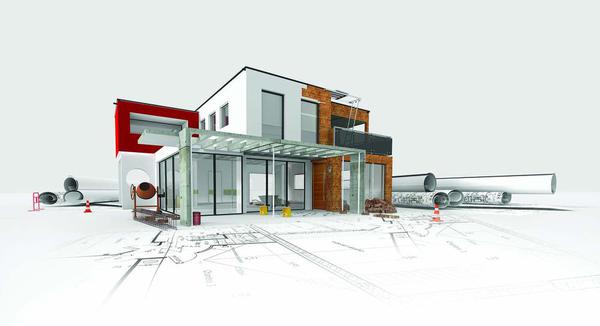 Conversations Renovations – Good for Resale??: Doing Your Homework - Should you renovate for personal enjoyment or resale value? Stop us if you heard this one: a contractor and a realtor walk into a house... Considering the regular maintenance that all homes need, adding a renovation to the mix can be a hassle and a significant outlay of money. Still, most can agree that the allure of a brand-new kitchen or bathroom, or finishing part of the house, is undeniably enticing. But before you go kno 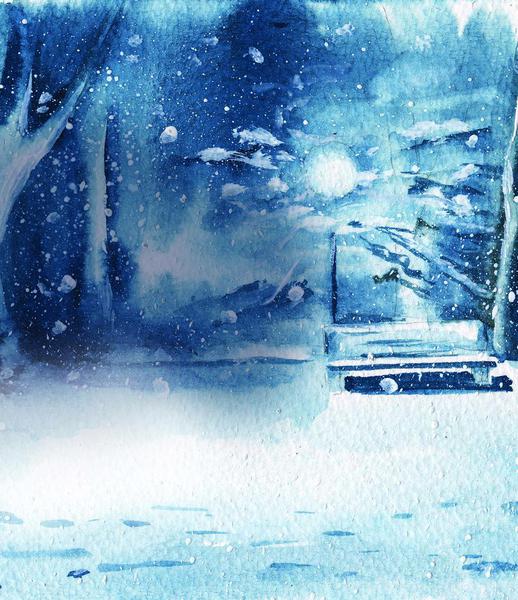 Winter depression, seasonal depression, the winter blues… the number of names alone that we have to describe seasonal affective disorder (SAD) is just one indicator of how deeply the down side of winter can affect us. What is already a least-favourite season for some is increasingly being recognized as a potential trigger for regularly recurring depression in some people. People have long recognized that seasonal changes can affect mood, especially in places with long, dark winters. The oral tr 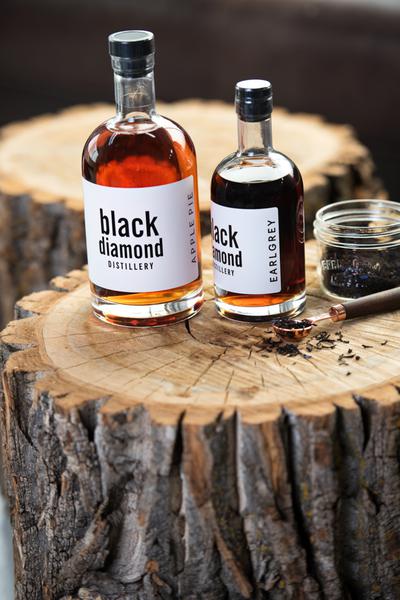 A watery mash of grain or fruit and a sprinkling of yeast—at one time, alcoholic fermentation must have seemed like some kind of mysterious witchcraft. Thanks to science, though, we now know how yeast cells convert sugars and starches into ethyl alcohol, the basis of all alcoholic drinks. The mystery may be gone, but for those who make beer and spirits today, the magic undoubtedly remains. Over the past five years, Alberta has conjured dozens of craft breweries and distilleries. Here, we talk t 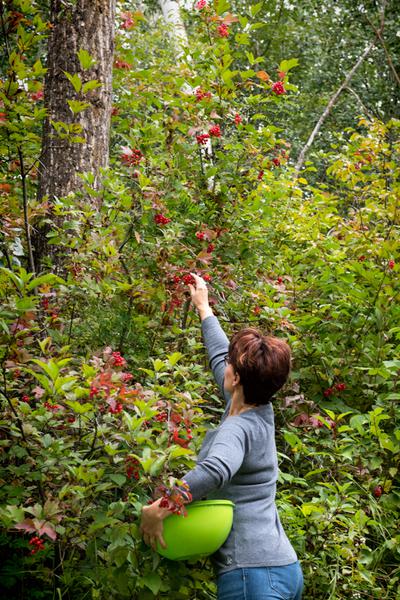 “Production right now is relatively minor, but in two or three years we’re going to start seeing our first flush of fruit,” remarks Kenton Zerbin, permaculture teacher and consultant. Zerbin is referring to the St. Albert Community Food Forest across from the grain elevators, the first of its kind in town. Together with local urban agriculture enthusiasts, Zerbin designed this site using permaculture techniques, an approach to growing food that mimics the design of natural ecosystems for self-s 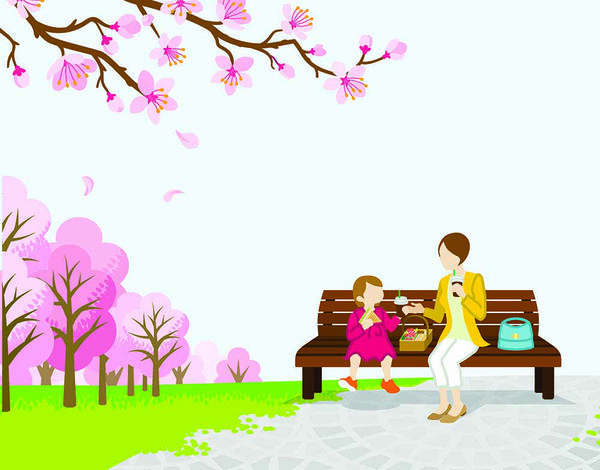 History shows that picnics have been nourishing us long before we had a word for it—and in more ways than one. Whether it’s in a scenic rural destination, a city park, or just your own backyard, there’s something special about enjoying food outside with your favourite people. Besides being a great opportunity to socialize, picnics are a celebration of nature and green spaces. And they’re healthy for us, too—the fresh air and vitamin D from sunshine helps lower blood pressure and the stress horm 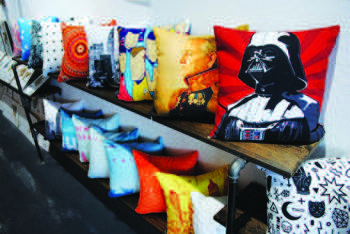 The Prints and The Paper

The Prints and the Paper, located on 10725-124th Street, is a difficult place to pin down. Equal parts graphic art gallery, independent bookshop, stationery seller and picture framer, it feels like the gift shop of the coolest museum you’ve ever visited. Not by accident, either. Owner Sandy Muldrew describes the store as a curated shop of sorts—a place where he can sell the things he loves. The results, besides being an endorsement for doing what you love, is a much-needed reminder of the value 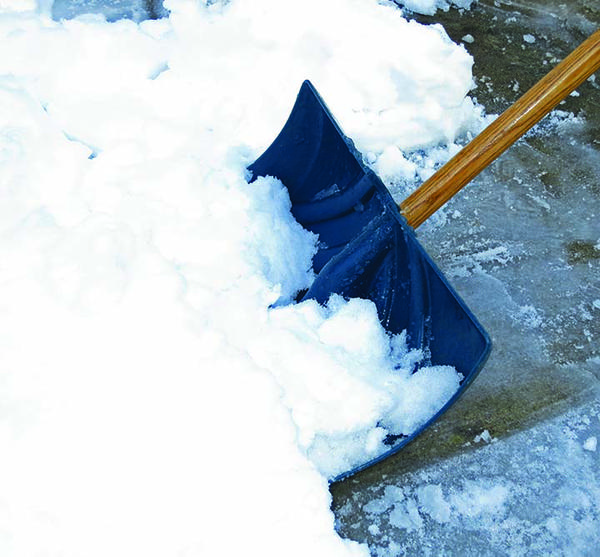 Tips for a giving in the festive season

The holiday season is supposed to be a time for resting and reconnecting with loved ones—not to mention figuring out what to do with the turkey leftovers. But the reality for many is that December often brings with it a toboggan-worthy mountain of stress. With all the shopping, travel, expense and obligations of the season, it’s all too easy to feel overwhelmed at year’s end. The good news? Giving back to the community during the holidays is a rewarding and easy way to fight off the stress and r 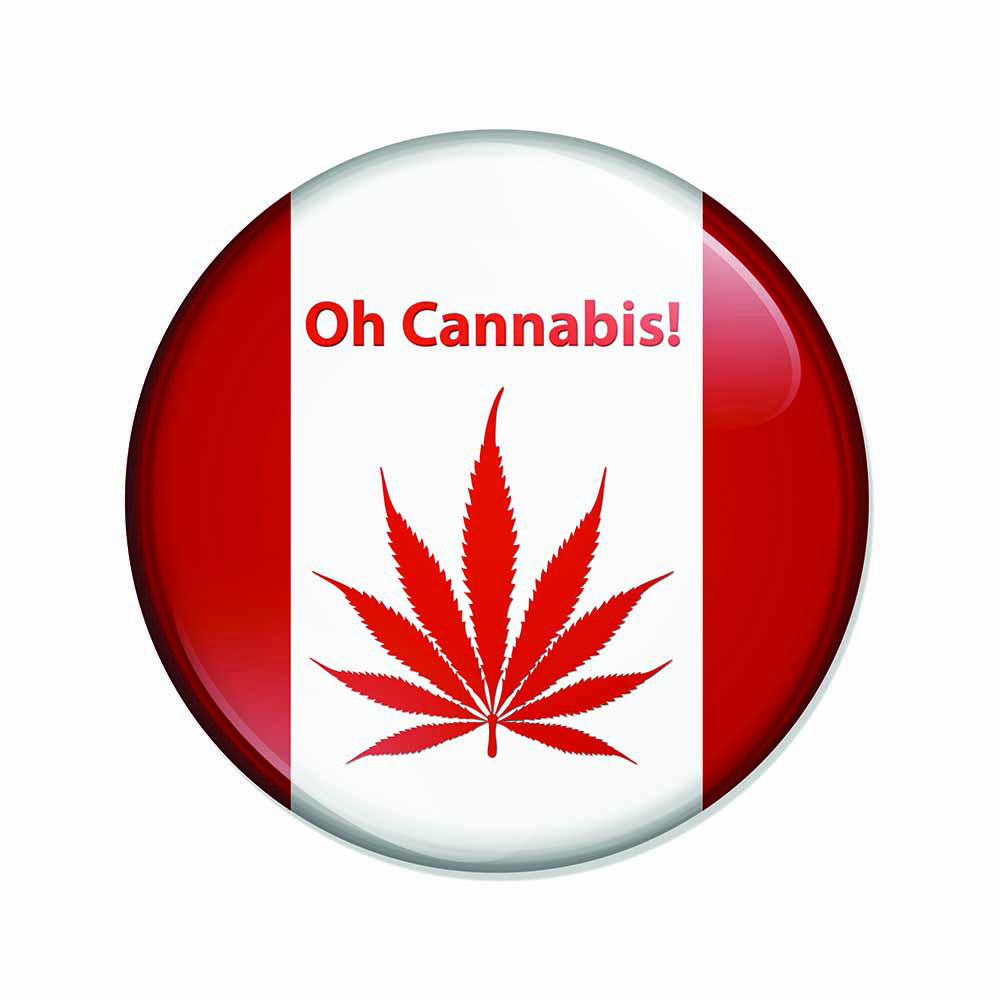 One of the biggest news stories coming out of Canada this year will certainly be cannabis legalization. While its use for medical purposes has been legal here since 2001, in recent years calls for full legalization have gathered steam. This culminated in the 2015 federal election, when Liberal leader Justin Trudeau promised to legalize the once frowned-upon drug. With cannabis set to become legal this summer, the provinces have been tasked with coming up with their own frameworks and regulations 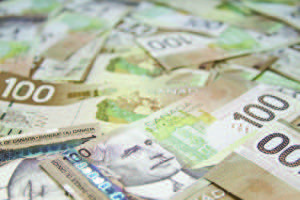 Though it’s a solid investment, a higher education does not come cheap in this country. According to Employment and Social Development Canada, Canadian post-secondary students (or their parents) paid an average of $16,600 for schooling in 2014–15. Over four years, that’s a price tag of nearly $70,000. For many Canadians, that reality means they will have to figure out how to apply for a student loan. But worry not—with a little help, it’s not as intimidating as it might appear. The first thing 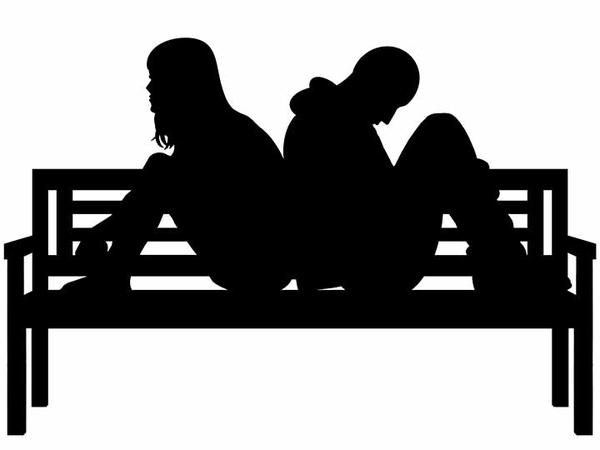 Grieving and Dealing With Loss

Loss, and the grief that often follows it, are normal parts of life. Even so, the symptoms of grief can be varied and intense for many people. While this can make grief extra challenging to get through, there are things we can do—for ourselves and for each other—to help ease the experience. As painful and long-lasting as grief can be, it helps to remember that it’s also part of a healing process, which in the long term helps us recover and move forward with our lives. Here are some tips for unde

You could say it’s been a long winter for St. Albert movie-goers. But now, the wait for a cinema complex in this city is finally nearing its end. Landmark Cinemas 8 St. Albert is scheduled to open soon in Jensen Lakes Crossing, where it will be an anchor and one of the first tenants to set up shop. “The current schedule will have us open in the spring,” says Bill Walker, Chief Operating Officer of Landmark. “Ideally, we will open in March 2018.” The new cinema promises a VIP experience that’s w 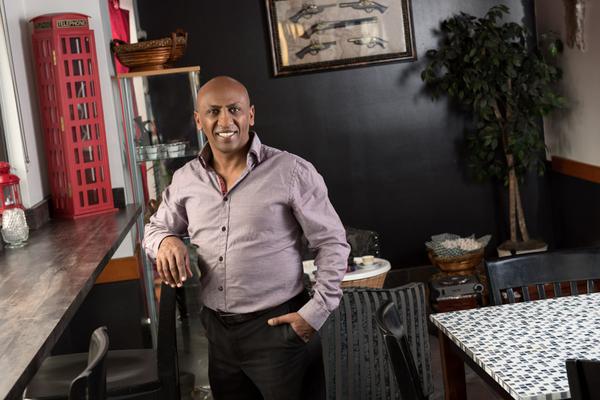 Saviour’s Café & Bistro has been a long time in the making for owner Solomon Debesay. Arriving in Canada in 2004, Debesay worked a mélange of jobs for more than 10 years before his passion for food led him to the restaurant business and the opening of Saviour’s in November of last year. Debesay learned how to prepare dishes in his native Ethiopia, where he taught high school for a living. When he came to Canada, he brought with him his love for cooking, which served him well when his family fol 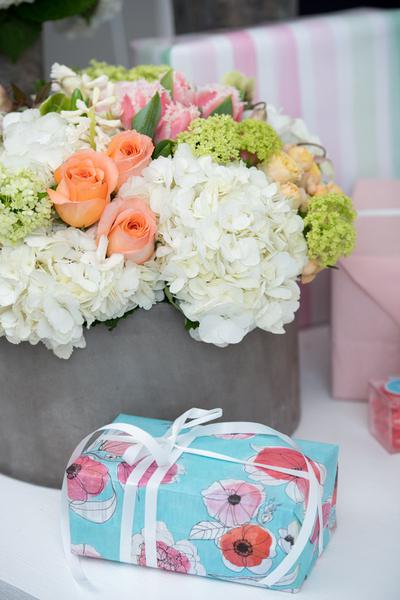 There’s something about flowers that speaks to our appreciation for the here and now. Their immediacy and beauty can add meaning to a moment, and few life events are marked without the giving or receiving of them. Not that that’s anything new, of course. People have been expressing their feelings with flowers for thousands of years. Even the ancient Egyptians decorated banquet tables and honoured their dead with lotus blossoms. Nowadays, there seems to be a flower (or several) for every occasion 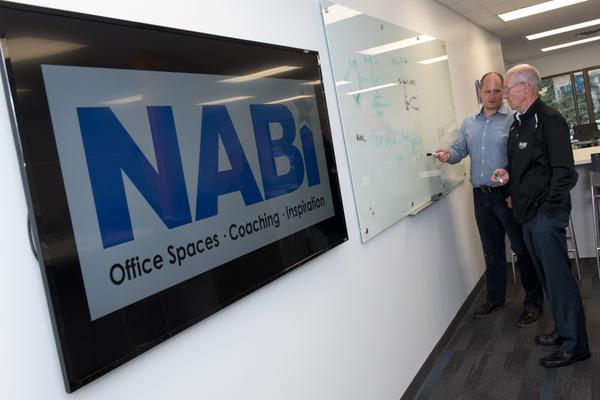 Dar Schwanbeck doesn’t mince words. “Most small businesses don’t know what they need to know to succeed,” says the managing director of the Northern Alberta Business Incubator (NABI). “When you don’t know the way to the top of the mountain, you are going to spend a lot of time wandering in the forest.” After four decades as a business coach and eleven years at NABI, Schwanbeck may know what he’s talking about considering the huge growth the St. Albert-based incubator has experienced during his t
Load More Articles
Close ✕